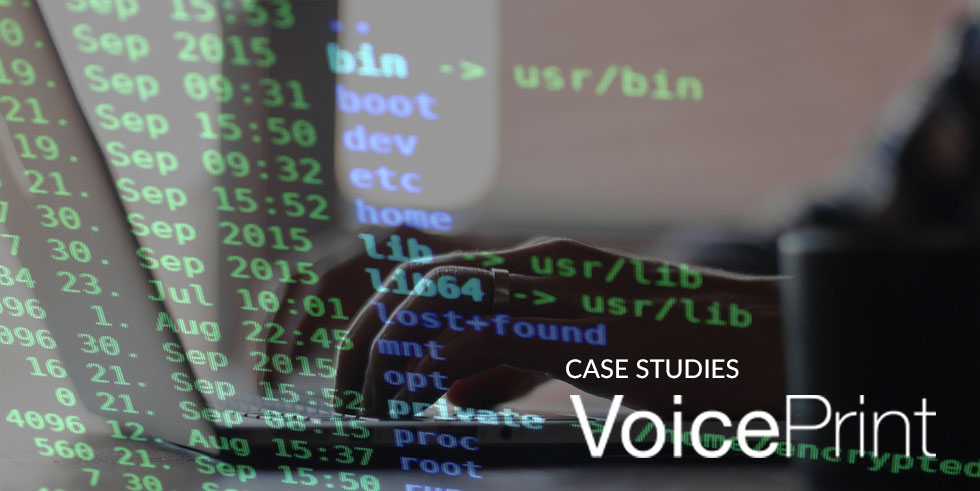 The trouble with being really capable at doing something is that it is often accompanied by a corresponding blind spot in another respect.

This case study describes how VoicePrint can help someone to know when a strength has become a weakness, and what to do about it in practice.

Mac is an IT security expert. He manages the cyber security team for a big corporate concern. ‘He’s technically brilliant,’ they told me, when we first discussed the objectives for Mac’s coaching, ‘but he lacks certain interpersonal skills and this causes issues in his team and beyond.’ Mac did not spend time on diplomacy or winning people over. If he needed something from them, he simply demanded it.

Mac was equally direct when it came to describing himself: determined, strong-minded, hard-working and intense. ‘I talk to others in the same way that I talk to myself.’ He only became less direct, when I probed to understand the roots of these characteristics. I suspect he was a spook of some sort earlier in his career. In any event he is very clear about the nature of his work now in corporate cyber security. ‘It’s a race between us and the bad guys. We need to get ahead of them and stay ahead.’

He’s accustomed to being on call 24/7. ‘I work ridiculous hours and I expect the same of others.’ Mac is a man who has become extremely vigilant to threat. The effect, as he acknowledged himself, was that it may have made him too detached. His focus is on protecting the systems from threats and it makes him think of people as issues (‘I think hard about the psychology of the hacker’) rather than as individuals. When you get a group of IT security people together in a room, he tells me, they quickly forget each others’ names, because that’s not what they’re interested in.

His state of vigilance is reflected in his Mac’s VoicePrint profile, where the dominant voices are to Probe, Advocate, Evaluate and Direct, in that order. He queries presenting issues in an investigative way, consults his own experience to interpret what is happening, evaluates dispassionately and then instructs or sanctions a course of action. It’s a natural pattern for a subject matter expert. As is so often the case, you can see how the profile makes its owner good at their job. And you can also see the potential weakness that comes with that pattern. In this case, it’s a way of thinking and acting that is only narrowly involving of others.

The great news in this case is that Mac is highly receptive to coaching. He applies himself quickly and assiduously to using these insights. Unsurprisingly, he doesn’t like to have a blind spot.

Our developmental strategy is simple. We agree that in his dealings with his internal stakeholders, Mac will promote the two least-used voices in his repertoire – to Inquire and to Articulate – from methods of last resort to new starting points. It’s a radical approach and other people might find it harder to implement than he does, but Mac’s serious-mindedness is a particular asset when it comes to personal development.

Within five weeks his colleagues are noticing the changes. One of them attends a meeting with him and tells him afterwards, ‘I came in expecting a car crash, but you handled it wonderfully. I didn’t know you had that in you.’ Mac used to have a facial expression which leaked disapproval, abruptly jerking his head back when somebody said something with which he disagreed. These gestures have gone; now he simply tilts his head slightly to one side and wears an inquisitive look while the other person speaks and he listens. Everybody, including himself, notices that his listening has improved.

He lets people know that he wants to be challenged. They are surprised, but it makes them less inhibited about interacting with him. They respond with what he feels are better inputs, which result in better discussions and shared ownership of decisions. He sends fewer emails and has made them less terse or liable to come across like a blow from a blunt instrument. He drafts them on the train during his commute, reviews them the next morning and refines them before sending. He tells me that he remains particularly mindful of one of my coaching questions, ‘How can you soften the sound without losing the meaning?’

When we finally review the coaching, his manager makes the observations that Mac now not only manages his non-verbal expressions much more effectively, but is pacing conversations better, phrasing what he says more carefully, and coming across in a more measured way which engages others more successfully. The feedback from across the business is ‘glowing.’

Just as awareness and consciously-directed attention are essential in the world of cyber security, they are equally vital for personal and organisational development.

We all have strengths. But it’s only when we get a precise understanding of when, where and why that strength can represent a potential weakness that we can understand how to focus our development in our area of greatest vulnerability. Do you have that insight in your own case?

vp-adminIntervening when a strength has become a weakness07.12.2017